So it’s back to show trials again in Russia. The starting signal sounded three years ago, when two members of the performance group Pussy Riot were condemned to two years in prison for a few dancing steps on the altar steps of an Orthodox cathedral in Moscow. But now the sentences have been cranked up tenfold.

The absurdity of the accusations against Pussy Riot and the farcical trial in the autumn of 2012 led to large-scale protests in Moscow and huge publicity, not only in Western media but also on Russian state television. There the case was used as one of the tools in the campaign the Russian ruling elite was waging in order to discredit the opposition, split the protest movement that had sprung up in Moscow and demonstrate that the patriotic state leadership was doing everything possible to defend Orthodox Russia against the menace from the godless West.

After that came the Bolotnaya case, where a couple of dozen carefully selected persons were accused of rioting and violence against the police during a protest in Moscow on 6 May 2012. After a long trial, which received plenty of attention in Russian media, several people were given long prison sentences.

Now is the time for the next instalment. In 2015 not many are openly protesting in Moscow against this autumn’s new series of absurd trials. Few Russians are prepared to be the next to be made an example in a court of law. Somewhat more surprising is the relative lack of interest in Western media, compared to the headlines Pussy Riot created just three years ago.

The 15-year sentence Eston Kohver, an Estonian police officer, received in August for allegedly spying on Russia, didn’t make many front pages. Neither has the Ukrainian film-maker Oleg Sentsov been in many headlines. He was recently sentenced to 20 years in prison as a ”leader of a terrorist cell” in Crimea. His trial was held behind closed doors in a military court in Rostov.

Next in line is Nadiya Savchenko, the Ukrainian military helicopter pilot who was captured by pro-Russian rebel forces in Eastern Ukraine, transported to Russian territory in handcuffs and with a sack over her head. Now she is charged not only with ”conspiracy to murder” but also for illegally entering Russian Federation territory.

These three cases have not received the same attention in the West as the Pussy Riot trial partly because that is not in the Russian authorities’ interests. The target group for these new show trials is not the whole world, and maybe even not the whole Russian population, but more precisely defined groups.

The Kohver case probably pursues the objective of sending a warning signal to the Baltic countries, primarily Estonia. Kohver can also later be used in a prisoner swap in order to free inprisoned Russian spies in Estonia.

The Sentsov case appears to be a warning to all Crimeans who might contemplate protesting against the Russian annexation, but it also sends a more general signal to many people in Russia.

Yekaterina Shulman, writing in the business daily Vedomosti, compares the Sentsov trial with the Industrial Party trials, which in 1930 marked the beginning of Stalin’s terror. This time, however, there is no need to put dozens of people on trial – the same terrorizing effect can be achieved by putting one person before the television cameras, Shulman writes, and calls the Sentsov trial for ”demo-Stalinism”.

In the Industrial Party trials the accused had allegedly plotted a coup against the Soviet government with the involvment of the governments of France, Britain, Latvia and Estonia. France had supposedly been promised a piece of Soviet Ukraine as a payment for its support, while Britain was to receive access to oil wells in the Caucasus.

The accusations directed at Oleg Sentsov are on the same level of credibility. No evidence has been produced to show that he was in any way connected to the two minor arson cases that were observed in the Crimean capital of Simferopol in the spring of 2014, nor has any evidence been presented to show that he could be the leader of an alleged terror organisation which was said to be preparing to bomb the Lenin statue and other symbols of Soviet and Russian power in Simferopol. The case seems to rest solely on the testimony of two witnesses. One of them retracted his testimony during the trial and said he had given it under duress.

Sentsov himself has said he was tortured during questioning, but the court didn’t find this credible. Bizarrely, the court found it more plausible that Sentsov had himself caused the bruises he could point to while he was having sadomasochistic sex. In that way the Russian-speaker Sentsov could be shown to be not only a dangerous Ukrainian nationalist terrorist but also a sexual pervert. And sentenced to 20 years in prison.

The deterent effect of the fact that anybody who in any way acts against the powers that be can demonstrably be sentenced to decades behind bars with no conclusive evidence whatsovever is naturally considerable. Anybody who is thinking about openly supporting the opposition or participating in protests is bound to think twice.

In a way it is understandable that the new Russian show trials have received limited attention in the West. Not only are they held in distant locations and behind closed doors, they are also considerably more difficult to grasp than the Pussy Riot case, and even more difficult to summarize meaningfully without drowning in details.

However, the absurd arbitrariness of the decade-long prison sentences clearly shows that the balance of power in the Russian ruling elites has yet again shifted in a more totalitarian direction. As all non-democratic regimes, the Russian system stands on three pillars: money, lies and control. During Putin’s first ten years in power money was not a problem, the price of oil was high, and most people in Russia knew that every year they would be at least a little better off than the year before. But this year, for the first time since Vladimir Putin came to power, most people will be considerably poorer than the year before. Less money means more lies and more control.

More on the topic 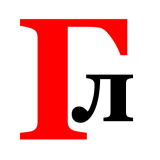